This is one of the prominent Raspberry Pi OS designed especially for the people who want to start an Internet stall or digital marketing platform for their companies. It is based on Raspbian OS and dedicated to rendering Web Kiosk or digital signage. Linutop is a small, lightweight OS and also comes with a hardware setup.

·        You can easily use this operating system on Raspberry Pi B, B+, and two and get a smooth performance.

·        It is a perfect OS for running businesses such as hotels, restaurants, shops, city halls, offices, and museums.

·        Linutop is a customized version of the same Linux distribution, which is used by Xubuntu and Ubuntu/XFCE also.

·        Supports QC, a widget that allows the user to create cross-platform applications and graphical user interface in Raspberry Pi.

·        This OS lets you connect a mic for sound output. Also, if you want, you can configure to transform the system into an LTSP thin client.

Kali is one of the best Linux distributions available to run in Raspberry Pi. You will not get too many changes than any other ARM. You can use this image in the desktop computers also by upgrading to the full package known as kali-Linux-full. You can use additional tools that are available on the website to extend the capabilities of certain features. 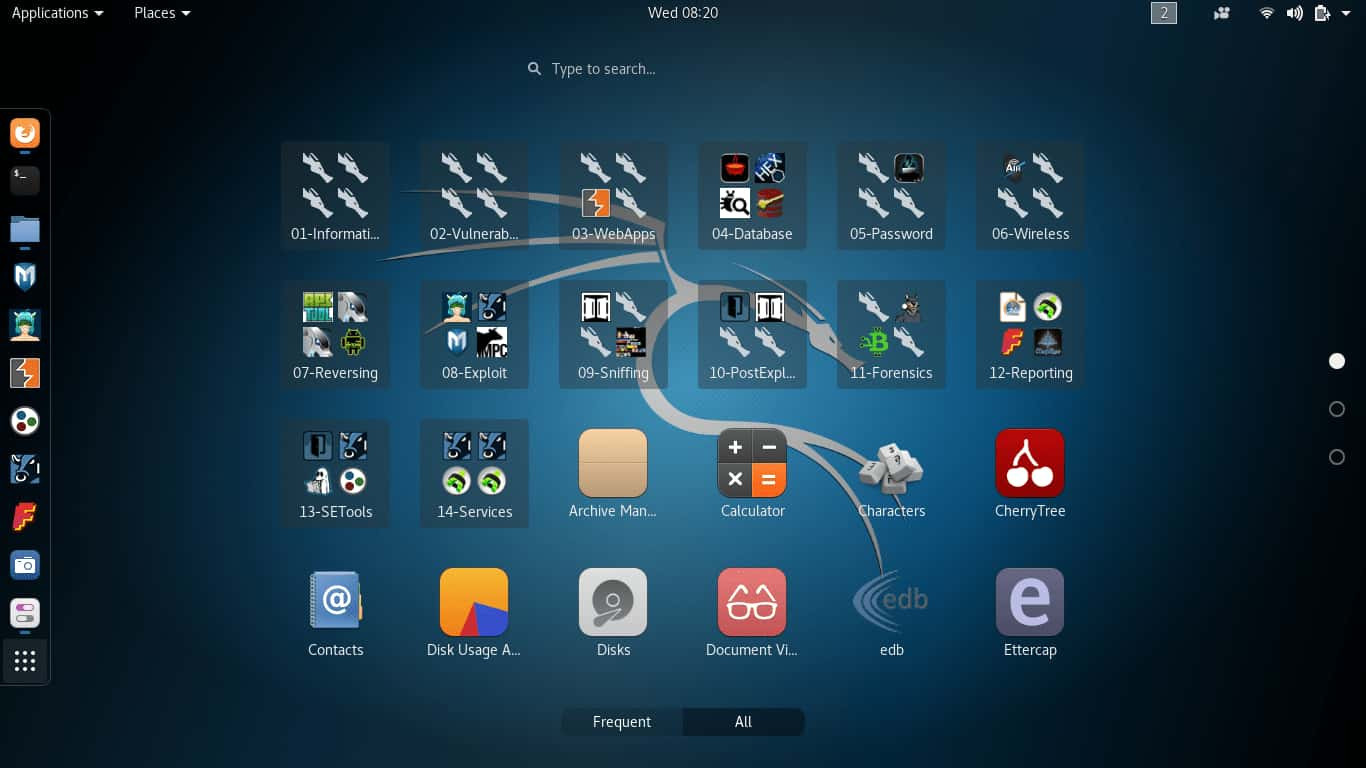 ·        You will need a Class 10 SD card with at least 8GB data storage for installing a prebuilt Kali Linux image on your Raspberry.

·        This Debian based distribution offers a lot of security and forensics tools to ensure the security of your project or applications.

·        You can ensure security through research, testing, forensic reports, or even reverse engineering to accomplish your goal.

·        If you are a developer and have the desire to accomplish high computing projects, then Kali is the best choice for you.

·        Besides, If you want to indulge in Ethical Hacking, Kali can help in Cracking Wi-Fi password, spoofing, and testing networks all can be done.

Ubuntu became popular as soon as it started rolling in the market. So you can rely on the trustworthy community and their service. Ubuntu Mate is specially designed and dedicated to run on Raspberry Pi. It is a good choice for individuals looking for an alternative to Raspbian. 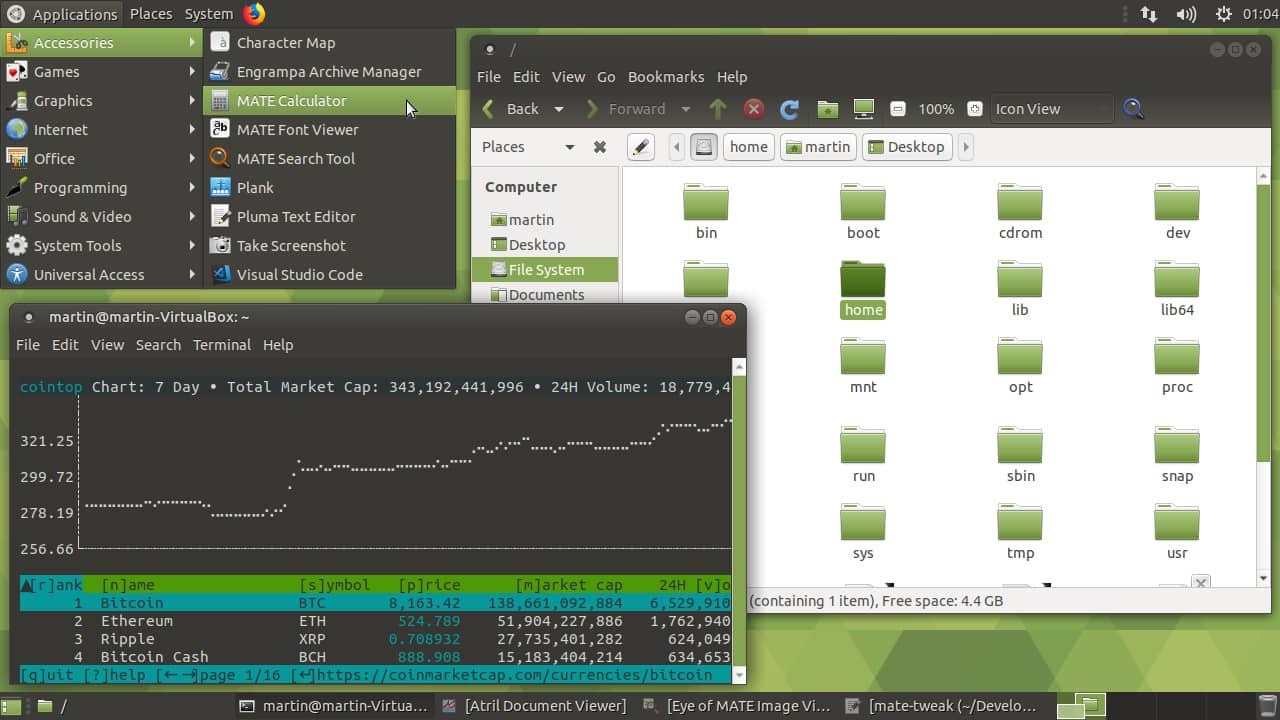 ·        Although it is a Debian based Linux distribution due to its shorter development cycle, it gets updates much faster.

·        Although you can get a colorful interface, the best part is the features it offers are the same as Raspbian, Minecraft Pi, or Scratch.

·        There are small changes in the OS environment, but you can add the additional packages according to your demand using the apt command.

·        Kernel is maintained by the Ubuntu team, and you will get updates for expanding the file system automatically.

·        Comes with HDMI, WIFI, Bluetooth, and Ethernet support. Besides, it can encode and decode the hardware-assisted video using FFmpeg.

·        For providing GPIO access GPIO Zero, pigpio and WiringPi are available with package alongside with Python Wheels and USB Booting.

It is another Debian based program that is intended to improve the network performance. Anyone who is looking to work with network drive or storage can pick this OS for running in Raspberry Pi. It started its journey back in 2009 and quickly grabbed the developer’s attention due to the plugins it was offering at that time.

·        You can update the OS using the Debian Package Management. It performs well when it comes to web-based administration.

·        Can be referred to as a great solution to use in any office or home. You can improve the performance by installing plugins from a vast collection.

·        Supports traditional services of Raspberry Pi. You can extend the storage and take a backup of your files by inserting an SD card.

·        You can build a web server by using Nginx, MySQL plugins, and configuring the web interface offered by OpenMediaVault.

·        Comes with Link aggregation, Wake On Lan, and IPv6 support. You can manage and share storage manually.

If you are looking for flexibility while building your project, then Gento can be the perfect OS for you. Served from Linux distribution, and it is intended to be very lightweight. You can install any package you want and use any service you want using this OS. Supported by Arch Linux, which is widely recognized for Raspberry Pi development. 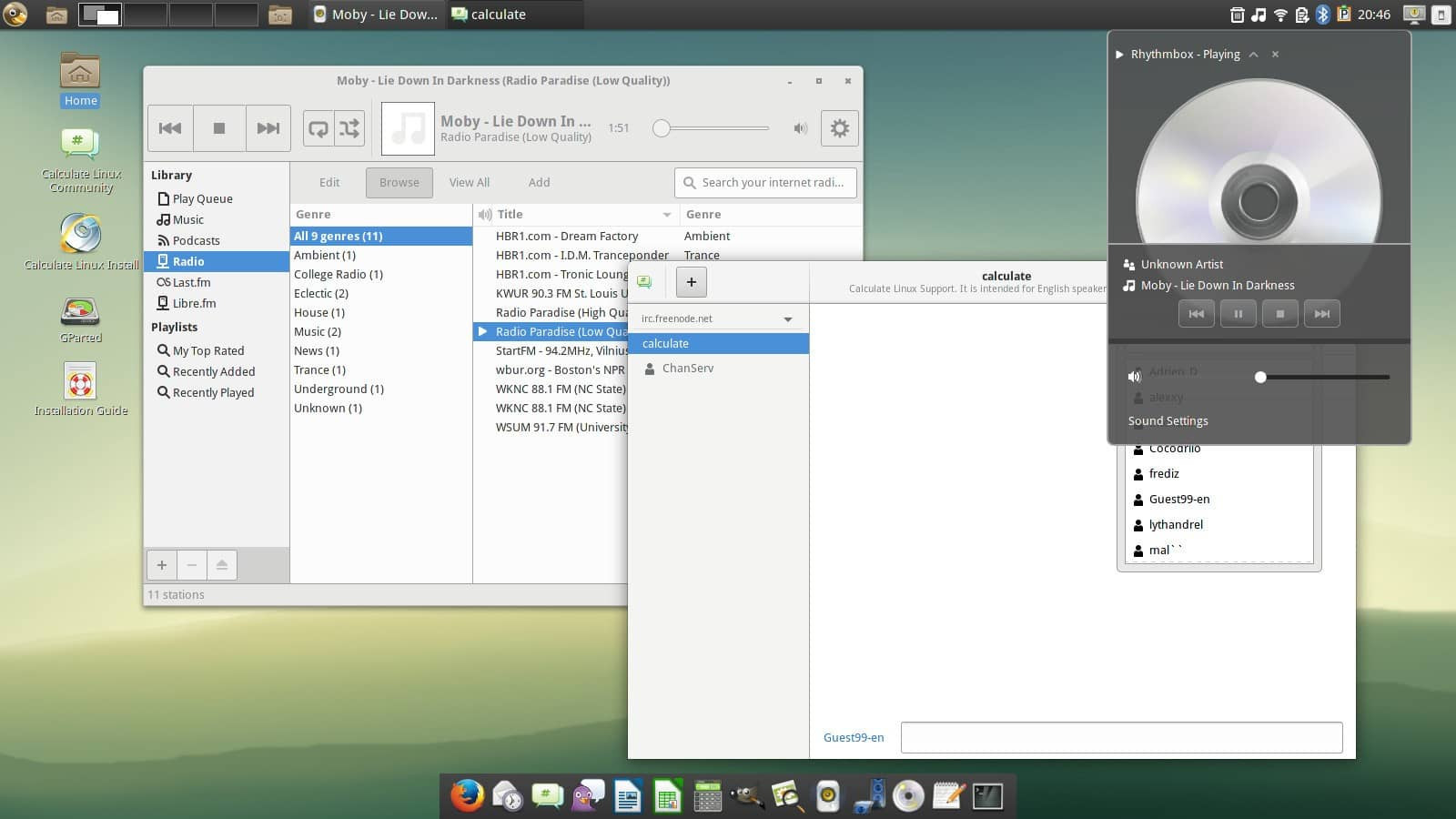 ·        It has set a new standard for the top Raspberry Pi OS. It started its journey in 2000, and since then, it has seen major developments.

·        You can run this operating system on your SBC without any trouble. You can add more functionalities using emerge and portage.

·        Unlike other distributions, it compiles new applications locally on the computer.

·        After downloading new software, you can extract the source code and use it to develop it according to your preference.

·        Supported by onboard Raspberry Pi Ethernet, WiFi, and Bluetooth adaptors. You can manage packages using a ports-like-system.

·        Conditional dependencies, pre-package installation, installing software through sandboxing), system profiles are some of the great services offered by Gento.

It can be referred to as an educational project entirely planned and designed for the children. Kano manufactures computer kits to inspire children to learn how a computer works, how to write code, or how to work with basic projects. Not only children but also the individuals who have an interest in developing art, music, apps, games software can start by the starting kit distributed by Kano.

·        Kano offers an open-source OS to use in Raspberry Pi, and you will be guided through a setup wizard after completing the installation.

·        You will need to create an account and set a username to start the adventure. The OS comes with several story modes and a fresh set of features.

·        Other applications like Minecraft, Youtube, web browsers are also available. These most used applications are usually located on the menu.

·        You can start building small projects right after installing the OS with the dedicated apps.

·        This is a new kind of distribution. But to help you, they have provided a lot of books, resources, and instruction videos on their website.

Cryptocurrency is the latest trending word in the technology field. Day by day, it is getting more popularity among the general people and taking place in the world’s economy. As a result, the necessity to transform your computer into a miner node has reached to the peak. Besides, We have seen so many projects in recent years associated with cryptography, and Rokos is the best OS for this. 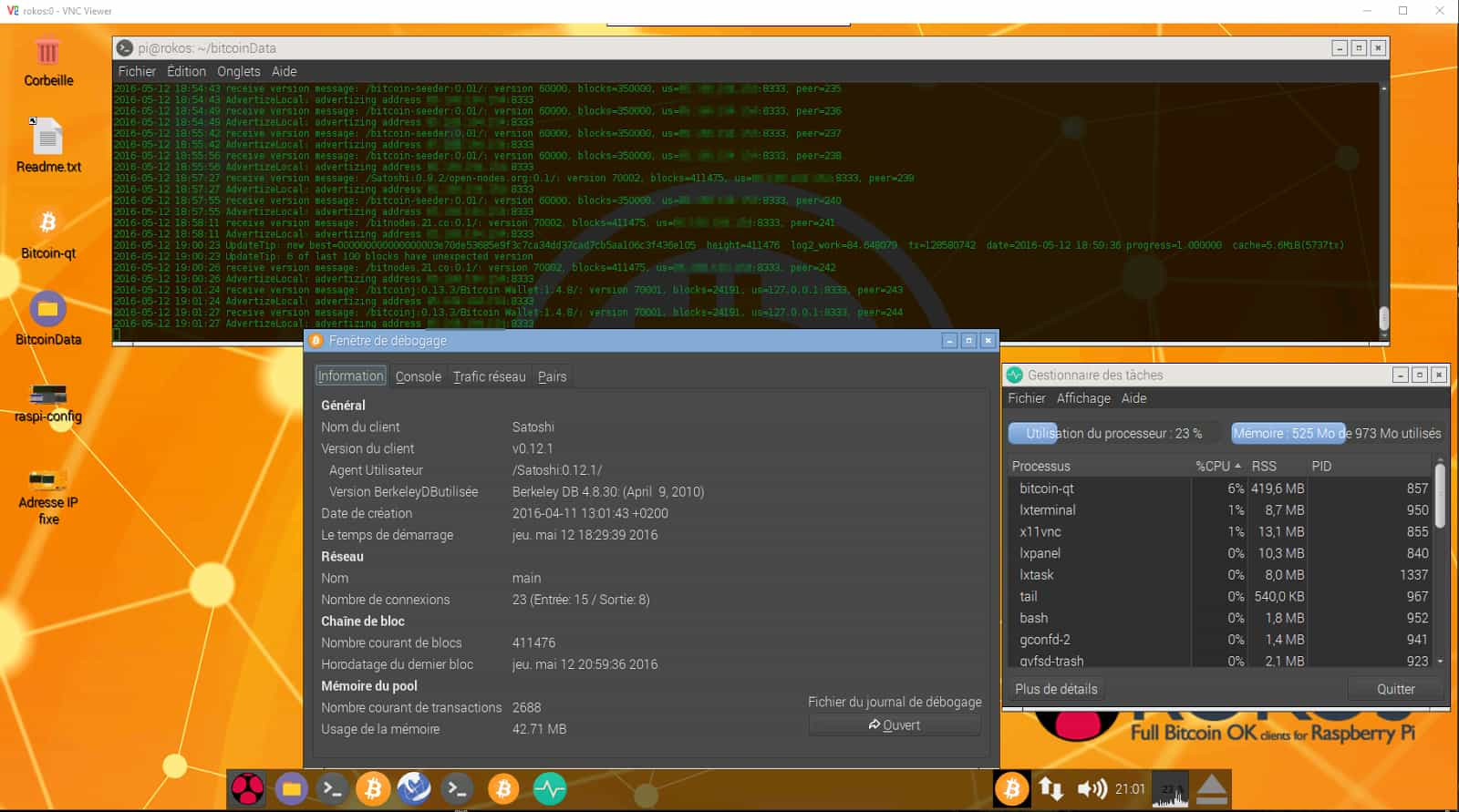 ·        This OS offers to be a great solution to start crypto mining for the people who cannot afford high-end computers or hardware.

·        You will get support from creating your Bitcoin wallet or portfolio to start your first miner as well.

·        You should not expect to start earning using Raspberry Pi, but still, this is an ideal OS to educate yourself.

·        Comes with fully functional Bitcoin and OKcash node. The OpenBazar server is also involved with the package.

·        Focuses on updating security, regulations, and optimizing the system regularly. Dependencies for compilation are also added.

If you are using the official OS for Raspberry, you can give this OS a try. All the features and applications are packed into this minimalistic version of Raspbian. As it is developed and managed by the same team, it takes the advantages from Raspbian but focuses on eliminating the unneeded apps for improving the overall performance, although it does not offer a graphical user interface. 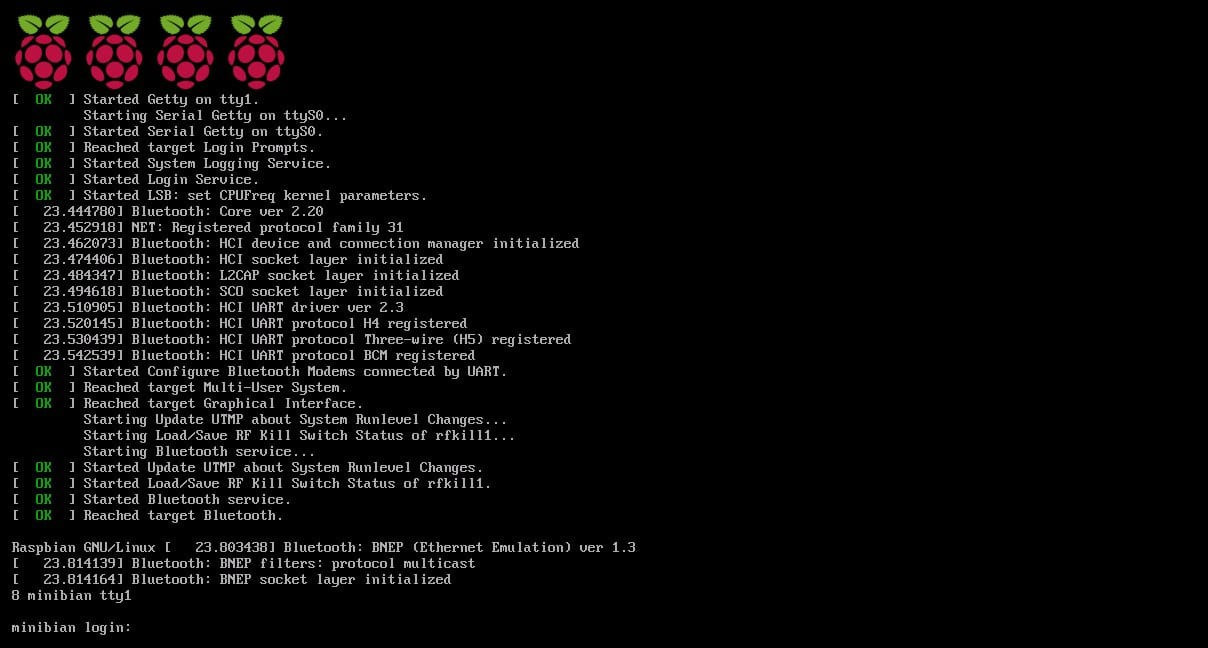 ·        The environment of the Minibian is more stable but can provide a lightweight system for the embedded system.

·        You can use the same repositories and binary projects like Raspbian. Besides, booting from an SD card image is easy.

·        Not suitable for advanced projects and less popular among the developers. But this OS can provide an in-depth realization of the projects you are developing.

·        Boot ability through network or ethernet is now available. Besides, a modern setup wizard will guide you through setting location, language, Wi-Fi, and updates.

This open-source version of the Chromium OS offered by Google. That was intended to use on Chromebook computers, but it is also available for Raspberry Pi. It can single-handedly convert your Raspberry Pi into a desktop PC as it allows users to run powerful applications using cloud computing rather than depending on the hardware resources. 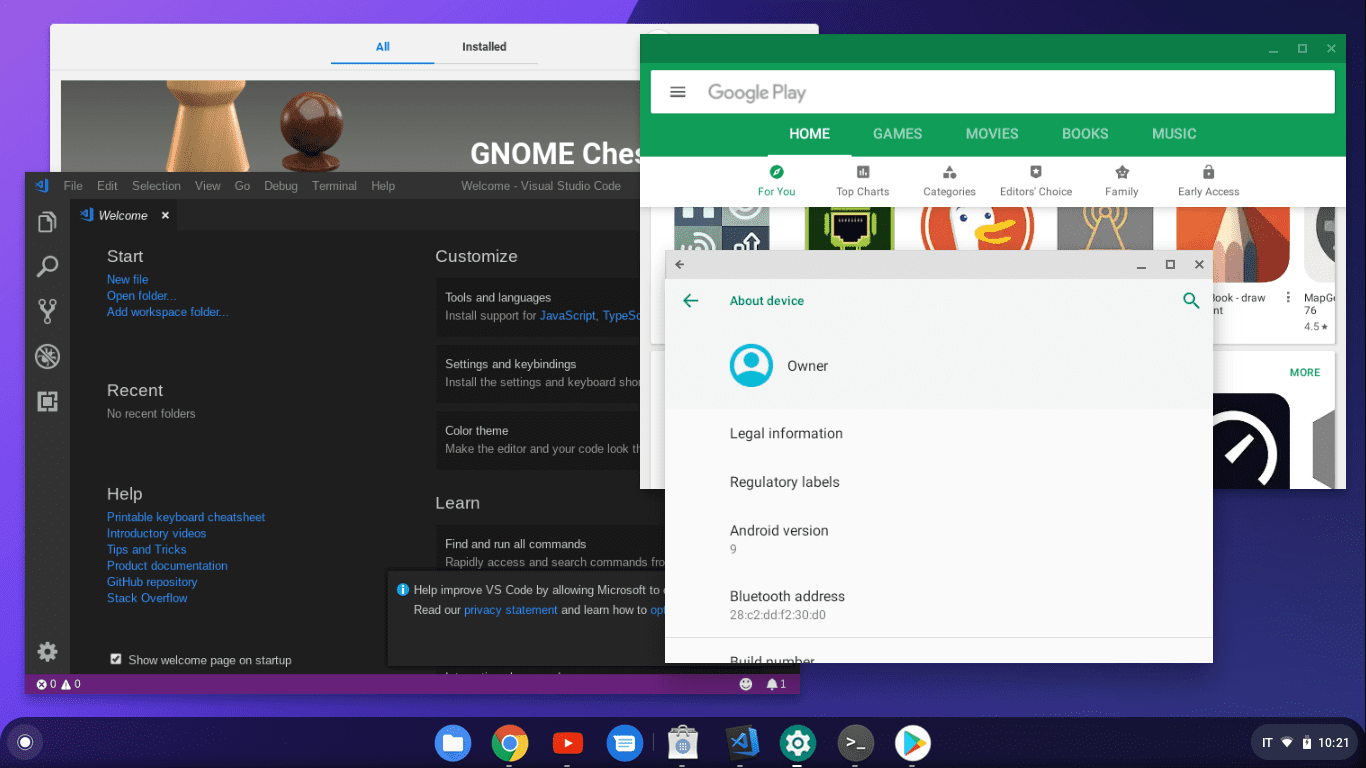 ·        If you do not need anything else rather than web browsing, then a Raspberry Pi and Chromium OS are what you need.

·        It comes with all the applications offered by Google like Gmail, drive, access, docs, keeps, and so on.

·        Chromium can be used on Raspberry Pi 3 or 3B+ devices as there are no images available for Pi Zero or Raspberry 4.

·        After downloading the image, compress it into XZ format, which can be expanded in the Linux distribution system.

·        You will need a Gmail account to get booting for the first time. The environment of the OS is pretty much different than what you have seen in Chromebook.

Intended to serve the users who need more computational power. It is an independent Linux distribution that focuses on ensuring security, improving the efficiency of the system, and making the interface simple. If you are planning to start a network project or working with VPN, Routers, and Firewalls, then this is the best Raspberry Pi OS for you. 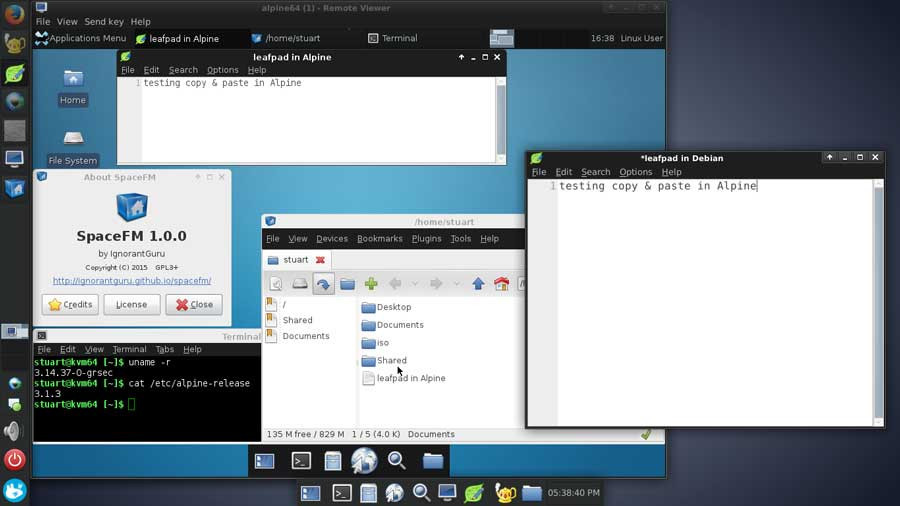 ·         The lightweight system has an image for Raspberry Pi, which will not occupy more than 50mb of your storage.

·        You can build the system according to your demand and configure the applications of your choice.

·        You can use their own APK management tool for upgrading the apps.

·        It can be used as a workstation for XFCE, Firefox, and Linux software. But inventors of this OS wanted to focus on working with embedded systems as well.

·        Provides a noise-free Linux environment while the binary package gives you more control over the system.